Ferguson confirms no virtual learning, no mask mandates at monthly school board meeting 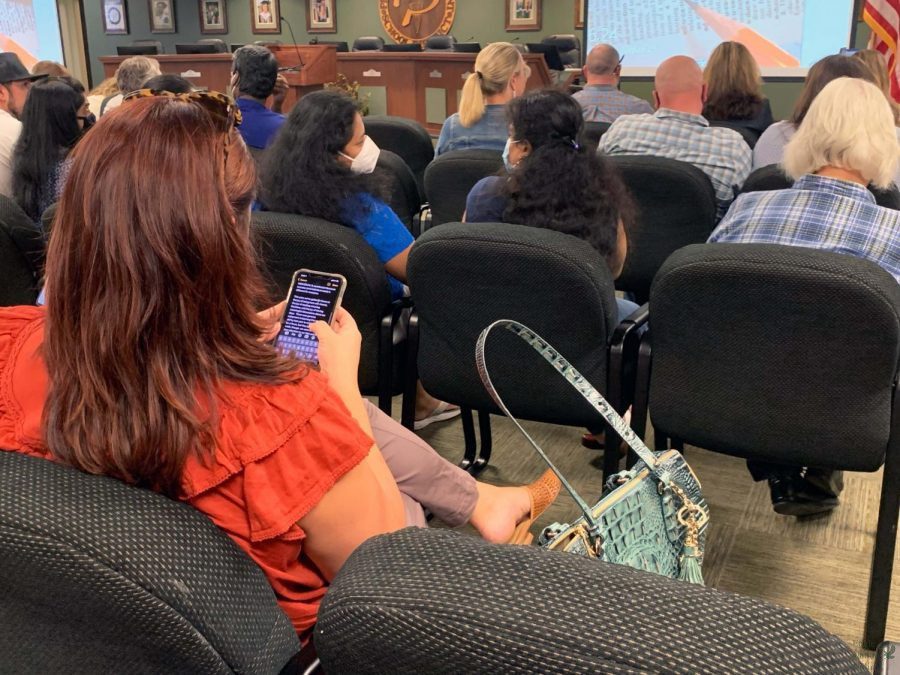 On the Notes app of her phone, Prosper resident Christine Chiappinelli prepares her speech for the school board meeting. Chiappinelli spoke out against a mask mandate. The board meeting occured Monday, Aug. 23, at 7 p.m. at the district’s administration building.

After COVID-19 numbers began to rise around the district, 40 community members signed up to speak at the Monday, Aug. 23, school board meeting, where superintendent Holly Ferguson discussed virtual learning, mask mandates and crowded hallways.

After residents raised concerns on local social media accounts about possible mask mandates, members of the Prosper community came to the meeting to show their support either for or against masks. An overflow room opened to safely accommodate all of the live participants. Of these attendees, 40 signed up to speak, and each received one minute to share their thoughts with the board. However, the topic of mask mandates did not appear on the meeting agenda, and as a result, could not be an actionable item for members’ consideration.

To voice personal concerns to the school board, one student, Rock Hill High School sophomore Braddock Jones, took the mic Monday, Aug. 23, during the open forum of the regularly scheduled monthly meeting.

Each open-forum speaker received one minute.

“As soon as I walked into my classroom, there were two unidentifiable flags that were being flown in place of the Texas and American flag,” Jones said. “I do not believe that political or sexual orientation flags should be flown in the classroom. When I was asked to introduce myself, I was asked to — or made to — introduce myself by my pronouns, and this made me very uncomfortable. I do not believe that anyone else should be put through this learning environment. It was very uncomfortable for me.”

Ferguson also announced that no virtual learning options would be offered, and parents and staff would begin receiving COVID-19 numbers from the district on Tuesdays and Fridays.

“On Monday, the 16th, the COVID subcommittee met to review and discuss what is currently happening with the COVID-19 virus as well as our protocols,” vice president Bill Beavers said. “At no point in time was a mask mandate advised for Prosper ISD for the wearing of students and teachers. We discussed what measures are currently in place, so our students continue to achieve an outstanding in-person education experience, which we believe is the best way for our students to learn. That plan (to have the school year be mask optional) has not changed.”

Ferguson went on to discuss the decision to not offer virtual learning for this school year. 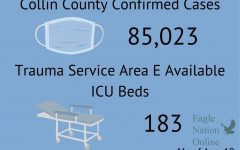 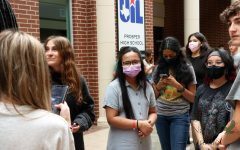 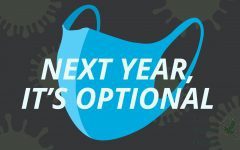 District establishes masks as optional for 2021-22

“We’ve learned that no one can replace the power of the teacher in the classroom for the students,” Ferguson said. “And when you start looking at our younger students and the early emerging reader, it’s extremely difficult to teach phonetics and sign words and all of those things that we know that our students need at that very foundational level. As well as those assessments that we couldn’t perform through a computer screen.”

Ferguson also said that switching between virtual and in-person learning was a “barrier” to students’ learning.

“What we stand for, what we are in the business of, is making sure that your children are educated at high levels,” Ferguson said. “And in many instances, we felt that we were falling short for you as a community on what you were paying your taxes for and why you chose Prosper ISD.”

However, Ferguson said one key reason for not offering virtual learning involved the lack of funding.

Last year, there were 108 faculty members teaching fully virtual at the elementary school level. Additionally, class sizes are sitting at around 22 people, which does not allow adjustment of classes, especially since the school year has already started.

“Our classrooms are packed,” Ferguson said. “So, if I start pulling teachers (for virtual learning) that means I’m pulling them away from kids that have already formed a relationship with that teacher. I don’t have extra teachers sitting in the wings because that wouldn’t be being a good steward of your funds as taxpayers.”

Ferguson said the district was able to pull off virtual learning last year because it received direction from the state prior to school opening. To make it happen this year, the cost could be as high as $24 million, which would be coming from residents’ tax dollars.

During the first week of school, photos of the crowded school hallways were circulating on Facebook. However, Ferguson said, there was a “slim chance” of students contracting COVID-19 in the hallway.

“What we’ve learned about COVID is that the close contact measure is 15 minutes of close contact in a given area for a consistent amount of time,” Ferguson said. “When you’re in a passing period, you’re moving. There’s actually a pretty slim chance (of getting COVID-19 in the hallway), but I’m not going to say that it couldn’t happen.”

Kristin Ethridge, a parent of two students, one from Light Farms Elementary and the other from Rogers Middle School, spoke about her daughter’s experience last year when masks were required.

“My daughter is in eighth grade at Rogers Middle School, and she cannot function in a mask,” Ethridge said. “They’re absolutely detrimental to her mental health. She chose to wear a face shield last year because she could breathe more effectively in it. Unfortunately, she was bullied daily for wearing it with other students going as far as calling her ‘face shield girl’ in classes.”

Doctor and Prosper resident Andy Ray has three kids in the district and shared the same sentiment against mask mandates.

“My family moved here from New Jersey, and I represent a large group of people here in Prosper who have fled their home states because they’re fed up with Draconian mandates,” Ray said. “We settled here in North Texas, and we believe that we have the freedom and medical freedom and the right to choose what is right for our children. There is inherent risk in wearing masks, and where there is risk, there must be choice. I have seen firsthand in New Jersey and New York how one mandate leads to massive government overreach, and allowing one mandate is a slippery slope to open the road for more. If you want your child to wear a mask in school, aren’t you glad to live in a free country where you’re allowed to wear a mask in school? No one is talking about removing your choice, please do not remove mine.”

“I moved here for the special education at Prosper ISD because it is one of the best,” resident Miranda Stockhausen said. “My kid is way behind in speech, and has been in speech therapy since he was two. He’s doing just fine. His speech therapist wears a mask. It’s see-through. He’s (her child is) still learning, moving forward, being educated just fine with all the protections in place. That’s why we have plexiglass. That’s why we have face masks that you can see through.”

“Just before coming to the meeting, I found there was a positive case in my kid’s classroom, which is very concerning,” Quavi said. “Today, I am not a representative or anything, I am standing here as a father of my kid who wants to keep my kid – and my family – alive. It is important to keep our unvaccinated kids safe. They are the future of our country. They are the ones who are innocent.”