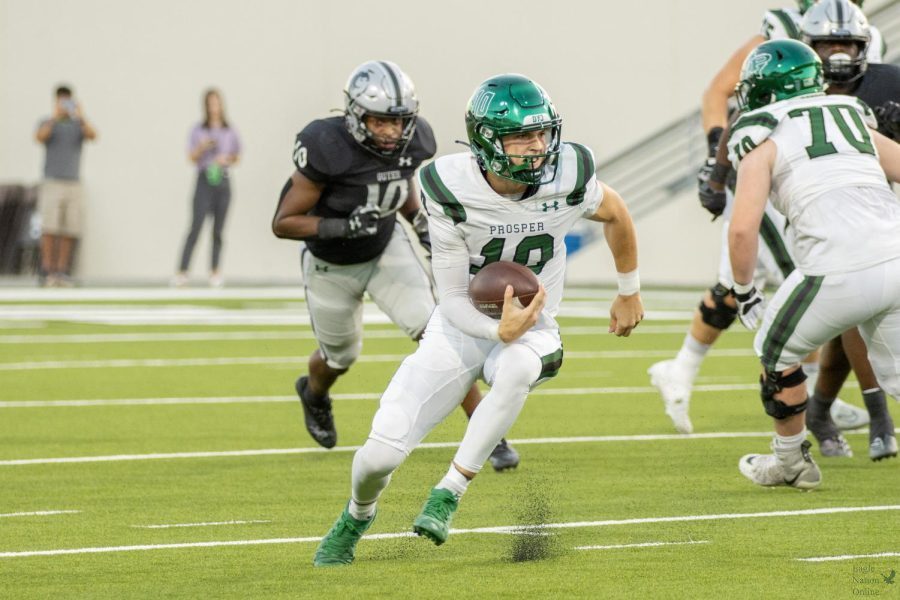 As he looks downfield, senior quarterback Harrison Rosar runs with the ball. The Eagles lost 6-23 to the Guyer Wildcats Friday, Sept. 16. The Eagles will play the Rock Hill Blue Hawks Friday, Sept. 23 at 7 p.m. at Children’s Health Stadium.

The Prosper Eagles and Rock Hill Blue Hawks face off tomorrow, Sept. 23, at 7 p.m. for the first “Pride of Prosper” game at the district’s Children’s Health Stadium. Because the Blue Hawks moved up to the 6A division for this season due to UIL District alignments, the two schools created a name to hype this first-time match-up.

Last Friday, Sept. 16, at C.H. Collins Athletic Complex, the Eagles took on the Denton Guyer Wildcats, but ultimately ended up losing 6-23. This game marked the first loss of the season, after taking a 17-14 win against Euless Trinity, a 51-14 win against Garland Sachse and a 19-11 win against Rockwall. The Wildcats now stand in the top spot in the 8-team, 6A Region I District 5 rankings, and the Eagles hold fifth, according to MaxPreps.

Tomorrow’s opponent, the Blue Hawks, sit in the fourth district position – after taking a win last week against Denton Braswell. The Blue Hawks will head into Friday’s game with a 2-2 record, and the Eagles will come in with a 3-1 record. The Blue Hawks bring a strong offense, as seen in their last game, especially with sophomore quarterback Kevin Sperry having 278 passing yards, 154 rushing yards, and contributing to six touchdowns. Sperry has offers from Ole Miss, Texas A&M, Baylor University and Florida State University. In addition, University of North Texas-commit, senior tight-end Matthew Wagner proves to be a key offensive player for the Blue Hawks.

On the other hand, the Eagles bring a strong defense that could work against these players, which may produce a low-scoring game. Against the Guyer Wildcats, junior Luke Johnson, senior Adam Due, junior Jonah McClendon and junior Malique Sutherland all earned sacks against Wildcat quarterback and the University of Oklahoma commit, Jackson Arnold. These players, among others on the defense, proved themselves to be able to stop talented, top-rated players.

No matter the outcome, the game is bound to be full of action for the first-ever matchup between the two.

For in-depth recaps of previous games, click on the slideshows below for photos and captions full of information. 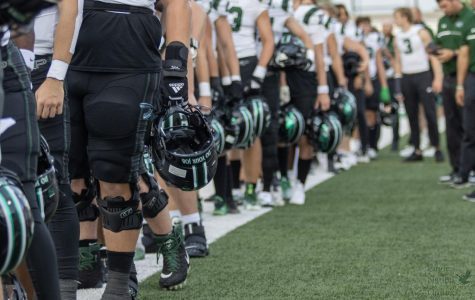 Click the photo above to start an entire slideshow with captions full of information about the varsity football game on Thursday, August 25 against Euless Trinity High School. Who: Prosper Eagles Football – Led by head coach Brandon Schmidt. What: non-district football game against the Trinity Trojans When: Thursday, August 25 – 7 p.m. Where: Pennington Field There might not... 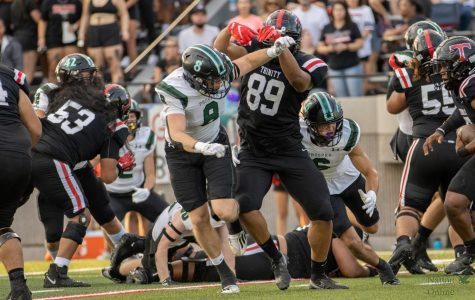 Football prepares to face off in second game against Sachse 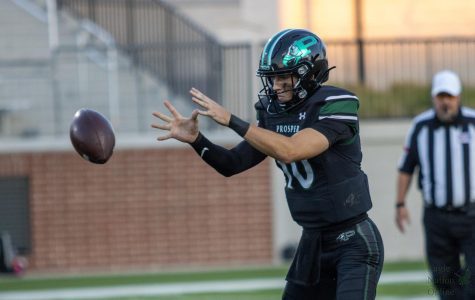 Click the photo above to start an entire slideshow with captions full of information about the varsity football game on Friday, Sept. 9, against the Rockwall High School Yellowjackets. The Prosper Varsity Football team took the field 7 p.m. Friday, Sept. 9, at Children's Health Stadium at Prosper ISD against the Rockwall Yellowjackets. The Eagles won this non-district game, which was al...