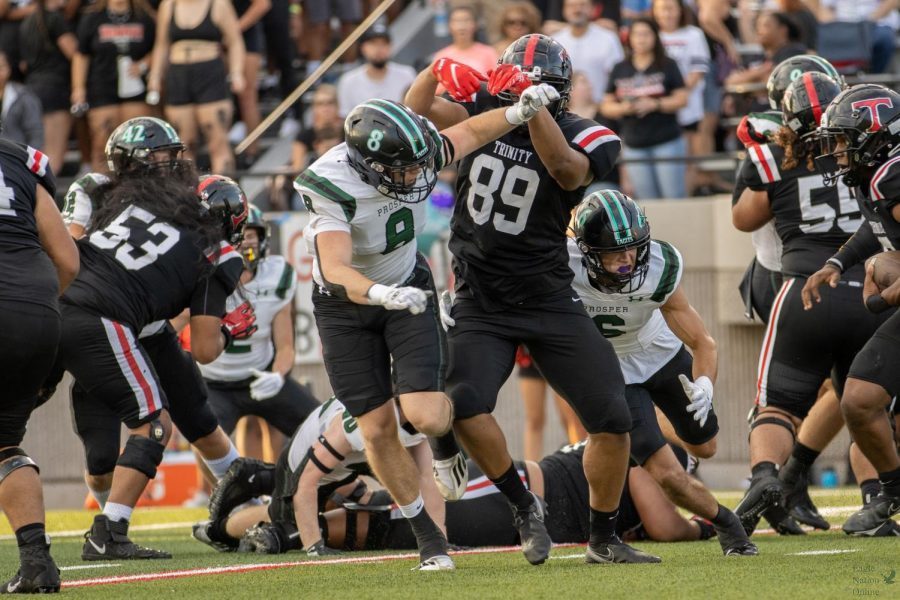 Football prepares to face off in second game against Sachse

Scores, rosters and schedules are being updated here.

Where: Homer B. Johnson Stadium

Following their win last week, the Prosper Eagles are set to go up against a new opponent in a non-district game. Both Sachse and Prosper have strong aspects and will showcase them at the game tomorrow, Sept. 2 at 7 p.m. away at Homer B. Johnson Stadium.

On Thursday, Aug. 25, Prosper competed against the Trinity Trojans away at Pennington Field. All positions played key roles in the team’s win of 17-13. Prosper had many successful moments, including a 40-yard pass touchdown by Harrison Rosar and Brayden Rymer, resulting in the first touchdown of the game. Breaking the tie between the teams, Prentice Sanders completed a 14-yard run, finalizing the score for the game.

Sachse took the opposite fate and lost their game against Coppell 27-56. The team is ranked lower than Prosper in both the Region and Texas Division 6A rankings, according to MaxPreps. Prosper is going into this game with a 1-0 record and Sachse is going in with a 0-1 record.

Even though there are not many statistics from this season, it is clear that both teams have an exciting game ahead of them, and will need to focus on their strengths and apply them tomorrow.