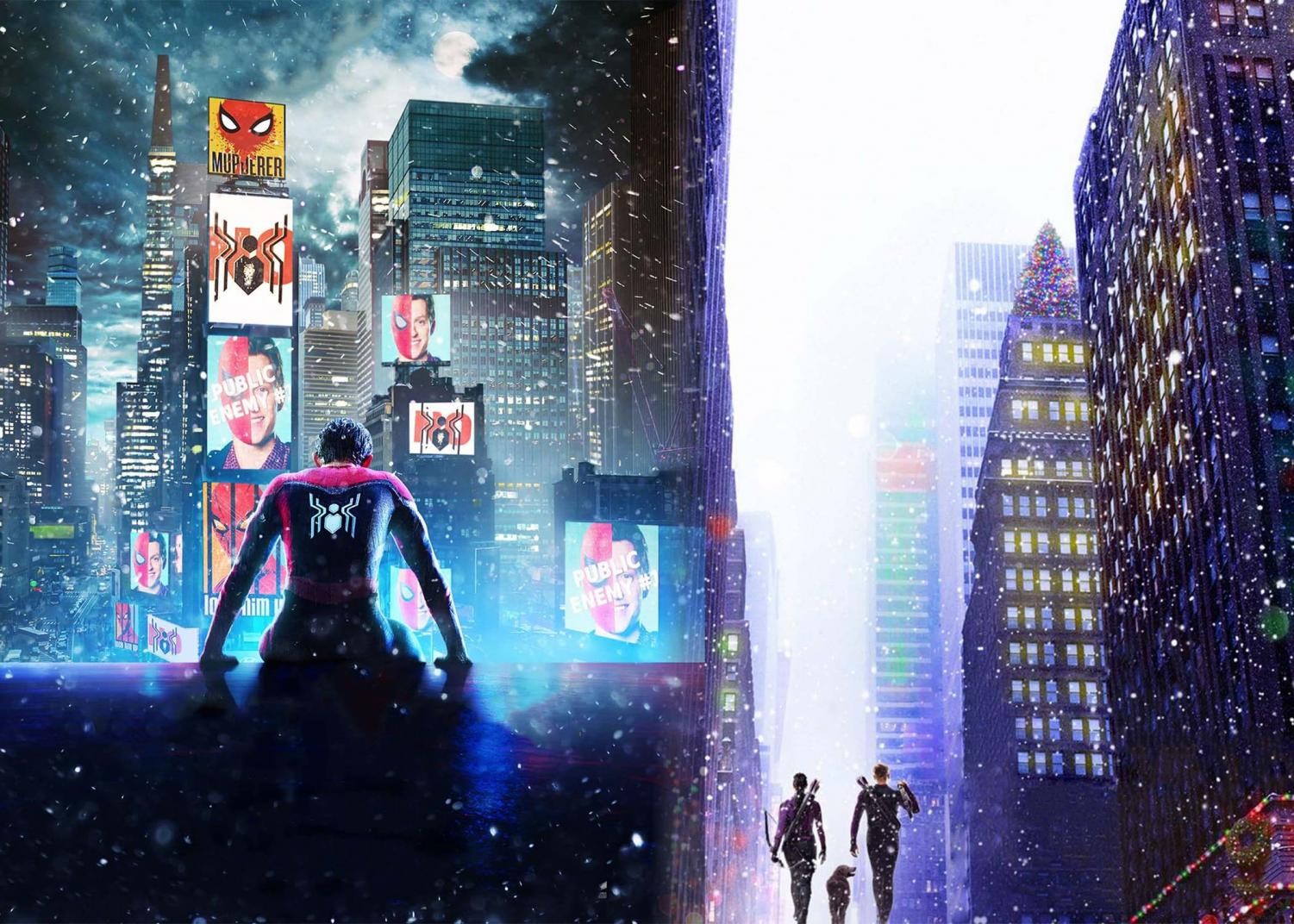 A “Spider-Man: No Way Home” and “Hawkeye” poster sit together in a digitally constructed image by senior Amanda Hare. “Spider-Man: No Way Home” debuted on Friday, Dec. 17, and the “Hawkeye” TV show released episodes from Nov. 24 through Dec. 22. In the attached reviews, seniors Amanda Hare and Gabriella Winans discuss these releases. (Posters courtesy of Marvel Studios and Sony Pictures). 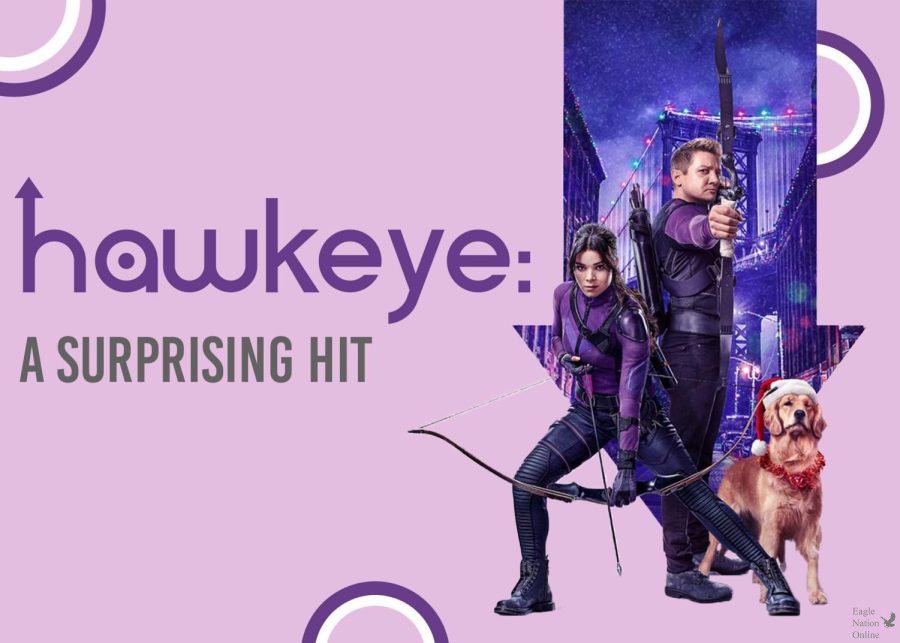 Featuring the “Hawkeye” main characters, a digitally constructed image by senior Amanda Hare introduces a review over Marvel’s new TV show, “Hawkeye.” Hare wrote a review over the show with senior Gabriella Winans. “I think one of the best parts about the show was just how likable Kate and Clint were,” Hare said in the attached review. “I can’t wait to see them – and Yelena – in future works.” (Photo by Marvel Studios, digitally constructed image by Amanda Hare.)

The one Marvel TV show I wasn’t excited for was “Hawkeye.” I didn’t care much about Clint Barton, played by Jeremy Renner, who is the superhero Hawkeye. However, the moment I saw the trailer, I knew I’d love it. The Christmas theme and the dynamic between newcomer Kate Bishop and Clint that was shown in the short trailer somehow already had me hooked.

From here, I only got more and more excited. And, when the show finally began, it did not disappoint.

The show quickly became one of my favorite Marvel shows – tied for favorite with “WandaVision.”

What I’m Looking Forward to Next: “Dr. Strange: Multiverse of Madness”

While I like Dr. Strange’s character, I’m really excited to see Wanda Maximoff again. I’ve been waiting since “WandaVision” last spring, and we’re finally going to see her on the big screen in May. I’m not sure if she will show up as a hero or villain, but I can’t wait for her appearance either way. She’ll definitely be the highlight of the movie.

Before the show, I did not care about Clint. He was pretty much a side character to every other Avenger, and the only thing I liked about him was his friendship with Natasha Romanoff, the Black Widow, played by Scarlett Johansson. But, in the show, Marvel dove in way deeper with Clint’s character, making him much more likable.

First, they finally showed him being hard of hearing – like he was in the comics – and showed much more of his family, especially with the conflict of choosing to be with his family for the holidays or fighting the villains.

Kate, played by Hailee Steinfield, was someone I unexpectedly loved as well. I always love seeing the MCU introduce another iconic duo, but Kate and Clint’s dynamic was really special to me. I don’t think we’ve seen an interaction of a fangirl and her favorite superhero working together in Marvel before. Plus, Kate’s character is developed enough to stand on her own, which makes me like her even more.

As always, Yelena Belova stole the show. Florence Pugh is consistently wowing us with this character, and after Yelena entered the show at the end of Episode 4, titled, “Partners, Am I Right?” her scenes were by far the best. I’ve been so excited to see her again after “Black Widow,” and Yelena definitely did not disappoint. I don’t think we’ve seen a character with her kind of charisma yet, especially considering her darker past, so it was fun seeing her meet and interact with Kate, who’s her same age. She was hilarious, and had a great dynamic with Kate and Clint.

I also especially loved how the show had many tributes to Natasha, something I felt the MCU hadn’t done yet. It was so nice hearing her be recognized as the hero she really was, since she often doesn’t get the recognition she deserves. She was acknowledged many times by Clint, but the inclusion of Yelena in the show made it even better. Yelena dealing with how her sister died and how it wasn’t Clint’s fault was an important point in her character development that I’m glad we got to see.

My opinion on Jack, Kate’s almost stepdad, greatly changed with the last episode of “Hawkeye.” I really just hated him beforehand because I was figuring he was the bad guy, but Marvel did a great job painting him as the sort of “red herring” leading up to the finale. I love the fact he was fighting with Clint and Kate by the end of the series, and his love for his sword was a great addition to his character’s personality.

The show was just overall fun, with entertaining details such as the New York City LARPers, “Lucky the Pizza Dog” and “Rogers: The Musical.” The show was very light-hearted, which definitely matched the holiday theme. I think one of the best parts about the show was just how likable Clint and Kate were. I can’t wait to see them – and Yelena – in future works.