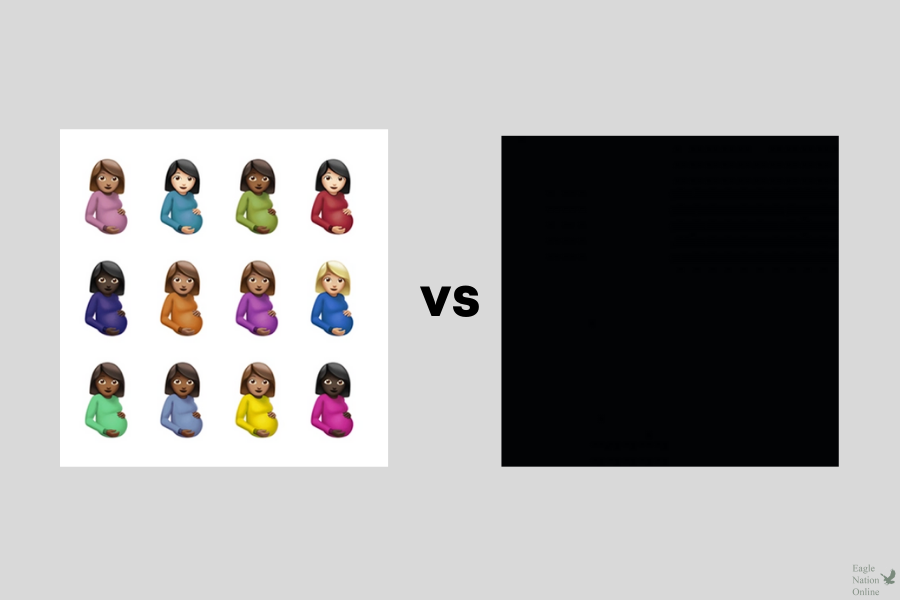 A graphic showing the cover art of “Certified Lover Boy” by Drake and the cover of “Donda” by Kanye West sets them up for comparison. In the attached article, junior Neena Sidhu compares the two albums. Senior Caleb Audia also gives an in-depth review of “Donda.”

Over the past week, two of the arguably most anticipated albums in the rap music industry have dropped. Kanye West’s “Donda” and Drake’s “Certified Lover Boy” are both topping Apple Music’s Top Songs charts and are No. 1 and No. 2 on the Top Albums charts. “Certified Lover Boy” dropped just five days after “Donda,” which added to the existing drama between the rappers. Fans online have been debating which album is better but also judging the character of each artist.

“Donda” is West’s tenth studio album and has 27 tracks. West took a month and a half to release “Donda” on Aug. 29 after the original rumored release date in early July. Before “Donda” was released, West held multiple previews via Apple Music and live streams, each getting darker and more disturbing. “Donda” was named after West’s late mother and alludes to her multiple times, including in the first track “Donda Chant.” The song repeats the word “Donda” over and over, mimicking the speed of West’s mother’s heartbeat when she was passing away. Donda had similar sounds to his previous albums, with slight changes of attitude through lyrics. West has an overlap with a God theme and his self-awareness.

“Certified Lover Boy,” released Sept. 3, is Drake’s sixth studio album and has 21 tracks. The album has a variety of sounds and lyrics, all unique but also similar to the classic Drake style of a luxurious lifestyle and being petty in relationships. Songs like ‘Yebba’s Heartbreak feat. Yebba’ reminds listeners of iconic sad Drake songs like ‘Marvin’s Room’ and ‘Teenage Fever’ from previous albums, although Drake is not actually on the track. ‘Champagne Poetry,’ ‘Girls Want Girls feat. Lil Baby’ and ‘Race My Mind’ are more true to the lover side of Drake, with lyrics and sounds both chill and full of emotion. There are also various tracks on the album that are more true to the tough side of Drake, like ‘Knife Talk’ and ‘No Friends in the Industry.’

Both albums are worth the listen, however, they were too overhyped for mid-level results. The production quality was outstanding on both. Only “Donda” has songs on the Billboard Top 100 and is on the Billboard 200 Albums charts. On Apple Music’s Top Songs and Top 100 charts, both albums and songs are mixed at the top. “Certified Lover Boy” has out-streamed “Donda” in three days, despite more attention seeming to be on West on social media platforms.

The two artists have had beef for 12 years, and the close release date was predicted to add to the drama by fans, and they are right. West posted a screenshot of a map taken on his phone and it showed Drake’s home address in Toronto but has since been deleted. Drake responded with a video of him laughing, seeming not to care. Additionally, people believe the delay of West’s album was due to him waiting for Drake to drop his album because it was not out with a date yet. This has not been confirmed, but I think it is unlikely.

Overall, I loved both albums and artists, but Drake’s album comes out on top. The variety of the album was much better and felt more genuine than “Donda.” “Donda” was really good, however, it felt like he was trying to prove something, especially after having release dates that he never met. Although that may be classic for Kanye, I overall didn’t love it as much as I wanted to.