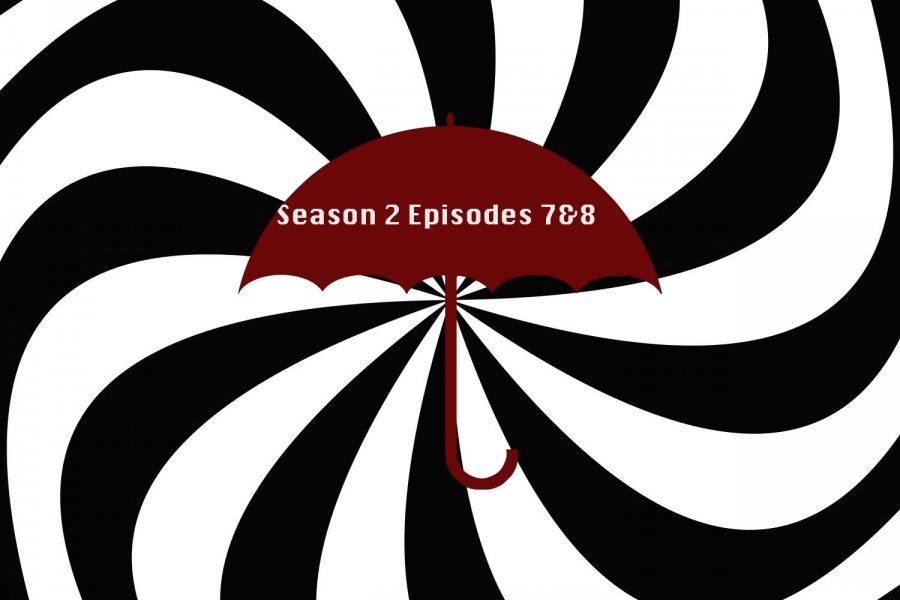 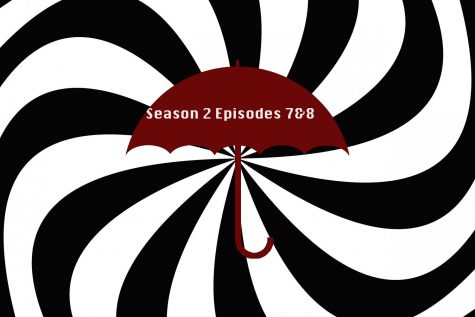 We open episode seven to Five going to Wisconsin to a Commission board meeting to eliminate them, after a small snack break of course. Five deals with the unfortunate thing we all do at some point in our lives, which is when a snack you REALLY want gets stuck in a vending machine, but he takes it to a whole different level by using an axe to break the glass, all while Tony Joe White’s “Polk Salad Annie” plays as he gets his snack and kills the board. Next a scene with Vanya and Sissy’s husband Carl happens, a scene that I’ll discuss in my post-season commentary as it makes my blood boil to the hottest of temperatures. Before that scene happens though, Ben takes control of Klaus and has a bit of a joy ride with it, almost leading to some adult activities.

A lot of pretty mundane things happen as the siblings gather up to head home when Five goes to get Vanya and tempers flare over her wanting to bring Sissy and Harlan to 2019 with the family, the two ending up in a match of intimidation and powers. Klaus talks to a member of his cult before he leaves, summoning a battle scene with Allison and the Swedes to The Backstreet Boys’s “Everybody.” The episode ends with Sissy and Vanya driving to who knows where when they are suddenly stopped by city police, Vanya absolutely wrecks them and ends the episode.

Episode eight picks up what I assume is not long after episode seven ends, with Vanya in the local FBI building in an interrogation with an agent, who fires a lightning round of questions before speaking Russian to her, which she responds to, causing him to think she is a Soviet spy. After the interrogation, she attempts to off him in some fashion. Later on we see Vanya being tortured by the FBI for answers, right before going on one heck of an acid trip backed by the bop that is Butthole Surfers “Pepper.” During this trip Vanya lives an adult version of an Umbrella Academy family dinner. Through the latter half of this Episode 5 and Luther meet an older version of Five who are both dealing with “paradox psychosis.” We then go back to the family dinner inside Vanya’s acid trip, the FBI agents’ questions coming through as Reginald quizzing her. Vanya’s powers activate through this process and make one heck of a mess of the FBI building as Klaus, Allison, and Diego try to rescue her. Also in this sequence, we learn something about Harlan that could technically be spoilers.

The first thing I really love in episode seven is Five getting angry at the vending machine as he just tries to get a candy bar, even letting out an expletive, which just goes to show how tired of everything he is. I also love how Luther and Diego at first think Oga for Oga is a person, when really it is a phrase in Swedish meaning “eye for an eye, showing that despite the fact they all learned at least one other language growing up, the two brothers only have one brain cell between them. In this episode we also have Carl confronting Vanya about her and Sissy, using hoof-and-mouth disease as a metaphor for being gay, which brings Vanya to say the iconic line of “Who I am is not a disease.” which is one INCREDIBLY powerful line. Alright, I really flipping love the scene where Five and Vanya have a power showdown, all because of the special effects used during it. I love the grotesque effects used in episode eight with Vanya’s acid trip, also? “Pepper” is one heck of a bop. Also god DANG the sequence of Vanya’s powers flashing as she is tortured is AMAZING!!! Like? The cinematography? flawless. The music? holy heck does it bring the tension up by a thousand.