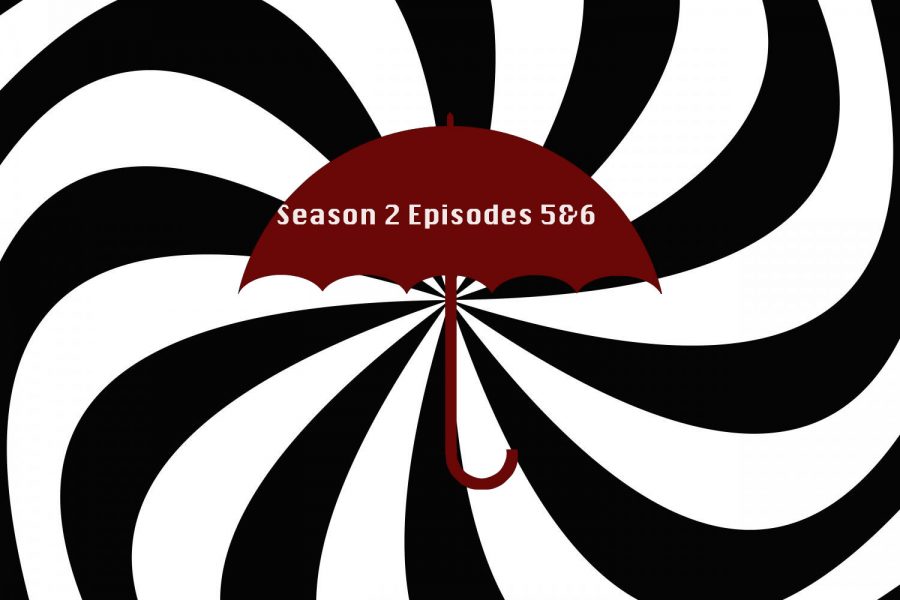 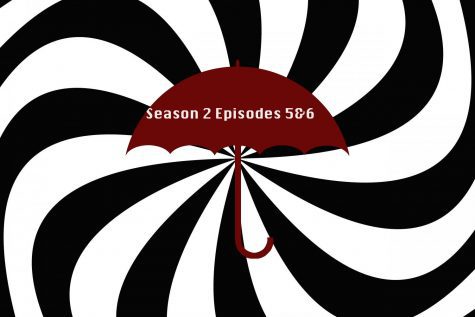 We open episode 5 to the new contender in baby characters, baby Pogo. We see his astronaut training to the tune of Peter Schilling‘s “Major Tom,” an absolute bop of a song if you ask me, it’s one of those songs that make you just want to get up and dance. Also, while I dislike that Reginald was made to look good, as he did abuse the Hargreeves siblings, I have to appreciate the genuine parental reactions he and Grace had to Pogo’s space journey.

The next major scene comes to Vanya and Sissy in bed together, possibly after participating in some adult activities that resume after a camera pan outside the window. The romantic activities are cut short by Sissy’s husband, Carl, coming home unexpectedly. We then see a Hargreeves’ family reunion a few scenes later as they gather to discuss the impending apocalypse.

Diego and Luther are walking down the street arguing when a black limo rolls to them to invite them to a dinner on behalf of the younger Reginald. We then see Klaus, Vanya and Allison drinking in the hair salon before dancing to Sam Cooke’s “Twistin’ the Night Away,” a particular line sticks out to me which is “where the people are so gay,” since two out of the three siblings in this scene are LGBTQ+. I know back then gay meant happy, but it still makes me chuckle.

Starting off episode six, we get a flashback to when Allison first landed in the 1960s and experienced the unfortunate racism and harassment of the time period, all while her vocal chords are still damaged from last season. We see how she makes her life at the salon and how she meets Raymond. We then go back to Five, the Handler and Lila having a conversation. We see Allison tell Raymond about her powers and then use them to go on a shopping spree to Sam and Dave’s “Hold on I’m Coming.”

Klaus and Dave have a heartbreaking talk before we see the Hargreeves arrive to their fathers dinner invitation to the super cool sounds of Public Image Ltd.’s “The Order of Death.” During the scene it appears that Luther plays the usual gag of passing gas in an elevator, then Vanya pulls something straight out of Lord of the Flies by using a conch as their “talking stick.” We see Reginald meet with the siblings before it goes into chaos and he pulls Five aside for a more calm and adult conversation about a lot of stuff including time travel advice. Vanya and Sissy have a tough and sad conversation about running away to somewhere safer before sharing yet another kiss.

I only have four words to start my analysis of episode five: I. LOVE. BABY. POGO! I also love the alignment of the song counting down to the actual countdown in the show, overall the sound design of this show is just *chef’s kiss.* I also love how parental Reginald and Grace are toward him, like he definitely isn’t dad of the year later in life, but here? He is one heck of a father, like this scene is so soft it could probably melt even the coldest of hearts.

The next scene I like is for its irony and the camera technique used. At first, it was possibly heavily alluded to that Vanya and Sissy did an adult deed the previous night, then the camera pans away to outside, a technique typically used with heterosexual couples in media to tell the audience the featured couple may have done some adult deeds, so that’s why I love the use of it in this scene, along with showing that Sissy’s husband has arrived home early.

There are two scenes in this show that confirm the Hargreeves are indeed siblings, first was the slap fight between Klaus and Ben, now it is the following exchange between Diego and Allison. “Hey Diego, can’t say hi to nobody?” “Hi, Allison.” “What was that?” “Hi Allison!” “Thank you!” As someone who grew up with three sisters, who would make me greet them or redo hugs, that sequence has to be one of the most sibling encounters in the show so far. Next is a scene where Klaus, Allison, and Vanya are in the beauty parlor, and first off Vanya is adorable pretending to shoot the bottles, and second is Klaus and Allison debating the incest relationship between her and Luther. Also, another dance scene that gave me so much serotonin.

A lot of people hate on the cover of Billie Eilish‘s “Bad Guy” by The Interrupters  but I quite enjoyed it, and actually find the lyrics somewhat fitting to Five. I liked that one, but the Swedish cover of Adele‘s “Hello” that follows is just plain weird and unnecessary. In the beginning of Episode six, we get a flashback of Allison’s arrival, some white men chasing her and harassing her until she finds refuge in the beauty parlor that we currently see her working at, vocal chords still on the mend but living a happy and pleasant life nonetheless. I love how the show is not afraid to address these horrible and realistic societal things. I also like the scene with Five and the Handler where she, possibly unknowingly on the writers’ part, references a heavily “memed” line from The Bee Movie which is “Ya like jazz?” I love the sequence of seeing the Hargreeves cram into the elevator and the slow ride up, all while being crammed to the sides due to Luther literally being an ape. I also really like the somewhat classic family argument that happens between them before Reginald storms in. Just, this whole scene is filled with classic sibling/family dinner tropes that are hilarious to see play out.