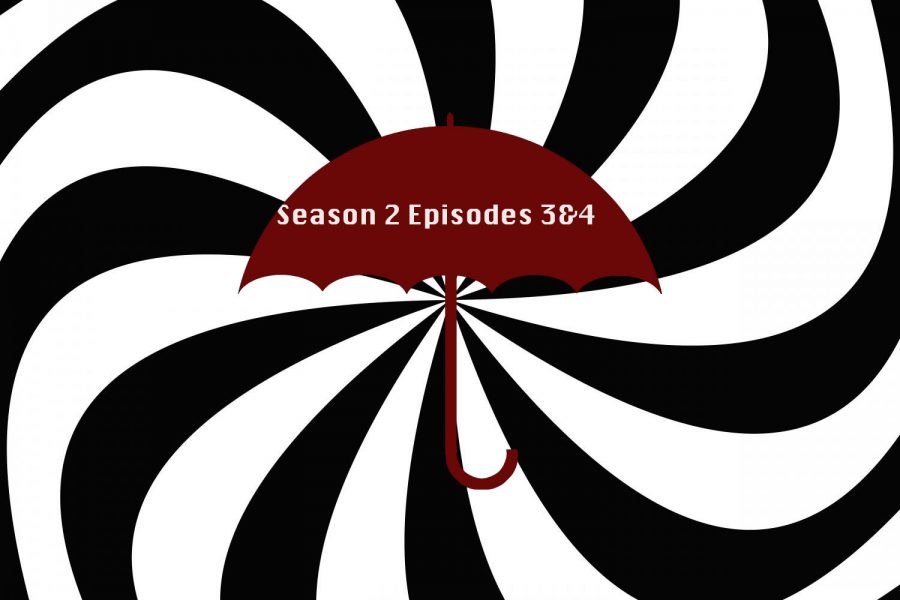 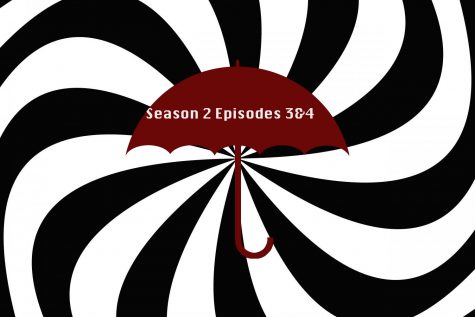 We start episode two with Klaus being kicked out of a restaurant for not being able to pay, he gains sympathy from a rich old woman who then helps him get a new style in a montage, then we see him going across the globe as he starts somewhat of a hippie cult. Next we see Vanya’s car getting shot up by the Swedes who chase her into a cornfield, after one of them almost shoots her she uses her powers for the first time this season to explode the bullet and possibly make one heck of a crop circle. Luther sees Allison while he is out on a run before Five goes to see Vanya and the crop circle she made while fighting the “Ikea Mafia” as he called it.

Allison goes to Klaus’s cult mansion and reunites with him, hugging and catching up by the pool. Klaus helps free Raymond from jail before we cut to a scene where Five catches Vanya up on the family’s life that she does not remember. Next, we see Sissy and Harlan messing with a record player, Harlan can not figure out why the record player is acting up and breaks the record playing, along with biting Sissy, during a meltdown.

Luther finally meets Allison’s husband Raymond right before we get to a scene of Allison starting the sit-in. As the restaurant is white’s only tensions start to grow as the white people yell at those sitting at the bar. Someone pours something onto Allison causing her to shoot up out of her seat, which is when the police come and violently arrest the PEACEFUL protestors. As a white person, this made me extremely angry and slightly uncomfortable, which in hindsight and in rewatching this moment was probably the intention of including this. I believe the writers and Netflix decided to release the season at this time due to the Black Lives Matter protests currently rocking the world, and I am sure they included this to highlight the police brutality that has been taking place in America and across the world for centuries.

Episode four opens with someone killing Lila’s parents and rescuing her for no apparent or given reason, the montage continues with the Handler raising Lila from a little girl to the tune of Marty Robbins’s “Love is Blue.” Five and Vanya go to meet Luther and talk about something, but that doesn’t work and ape man ends up punching a hole in the brick wall. Vanya and Five talk before she drives off mad.

Klaus goes to talk to his Vietnam-era boyfriend Dave and tries to make sense of how they know each other, before being interrupted by Dave’s very homophobic uncle who keeps calling Klaus a “queer” before having him punch Klaus, this is just one of two very homophobic scenes that as a member of the LGBTQ+ community absolutely make me mad. Klaus goes on an alcohol run to cope to the tune of Styx’s “Renegade” before going back to the cult mansion in hopes that they are not there, and when they are home he tries to run away from his adoring followers. Diego and Lila see a younger Reginald and go to sneak into the party that he is attending.

We see Allison and Luther reunite while Luther eats some good old-fashioned Texas barbecue, which as we all know is some of the best in the country! Lila and Diego slow dance together before he meets the woman that Reginald based the android mother Grace off of. We then see Vanya and Lila talk about Vanya possibly leaving for her and Harlan’s safety before Harlan runs off and the two women chase after him, leading Vanya to a lake where she then uses her powers to float the water out so she can safely walk down and save him. Vanya comforts Sissy as she cries about almost losing her son, then Sissy goes on to describe her struggles before drunkenly doing something that is possibly a spoiler but has me SUPER excited. Later we see Elliot and Luther tripping on laughing gas which is definitely an interesting sight to behold.

The first moment of note in episode three is when the Swedes attack Vanya in the cornfield. I love the slow-motion effect of them shooting the gun and her using her powers, once again a blue motif being used for this scene. I love how Klaus used Ben (though I’m sure it was voluntary) to free Raymond via ghost typing on the typewriter.

Once again I REALLY like the autism representation given through Harlan, and while I cannot and will not speak on behalf of that community, I personally feel like they handled his episode with the record player pretty dang well. Also, once again, I love how they handled the sit in-turned riot, I believe it was possibly made to highlight just how deep-rooted police brutality against Black people and people of color is in American society, especially here in the south. I love and hate the beginning sequence, love it because it gives us background on Lila and shows her possible true intentions. I hate it because it shows that she may not be one who we can trust, because I mean Diego has yet to have a good romance and so far Lila is the closest he has to one.

Onto another scene I hate to the extreme, Klaus confronting his wartime lover Dave, right before Dave’s uncle encourages him to hit Klaus. I get that the point of the scene was possibly to make heterosexual audiences slightly uncomfortable, same with a scene later in the season, and to highlight the blatant and violent homophobia of the 1960s. I like how they show Klaus’s dislike, and regret, for starting the cult, I dislike how they reset his progress in sobriety over a “breakup.” The Klaus we see in the first three episodes, and at the end of season one, is one who probably wouldn’t cave as easily into alcohol.

Okay, I absolutely LOVE the scene where Vanya rescues Harlan with her powers, it shows how an ability we have only previously seen as destructive can actually be used for good, all according to Vanya’s will. This theory is reinforced by the fact that she again uses her power to resuscitate him moments later. Ok, ok, another thing I really like is the constant sound design surrounding Vanya’s powers, as she focuses on oe sound in her mind to use her powers, that sound enhances in the background, which in this case I believe was the cicadas. AT this point, now that we have had Luther in the rave, and now him on laughing gas, will this ape-man be high in some form every season?