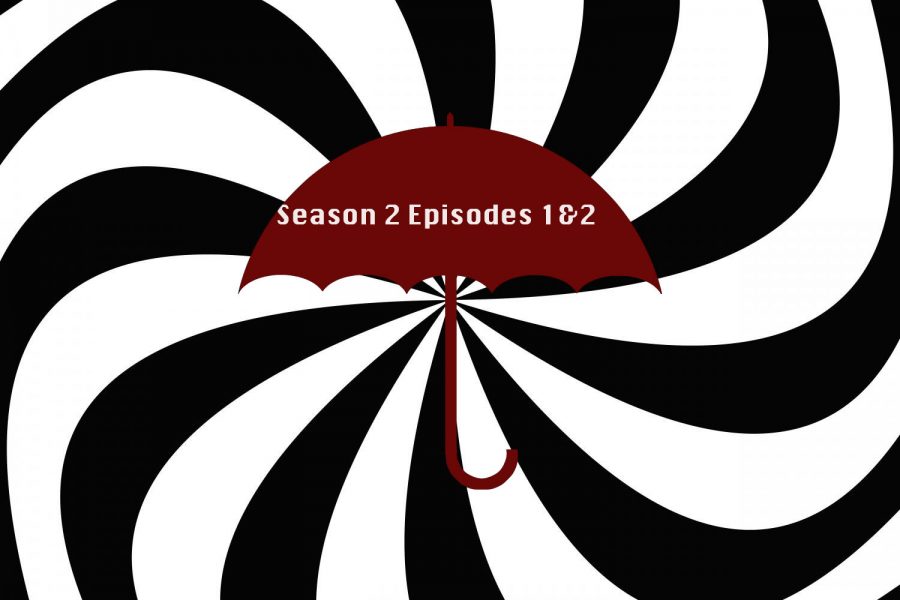 Review: ‘Umbrella Academy’ Season 2 kicks off with siblings in 1960s 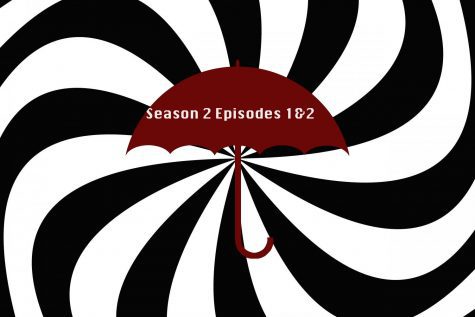 Season two kicks off with the Hargreeves siblings arriving in the early 1960s to the tune of Maxine Nightingale’s “Right Back Where We Started From” which gives the episode its name. We see each of the siblings land on separate dates and in separate situations. Klaus and Ben are first landing in the same alleyway in a town many are familiar with, Dallas, Texas! The duo land in the alleyway around the date of February 11, 1960, Allison lands in the alleyway in 1961, Luther lands in 1962 near a homeless man who joins him in screaming for Allison, Diego lands on the day of September 1st, 1963 and immediately goes to his antihero duty of saving a woman from an attempted robbery, Vanya lands in on October 12, 1963, where she stumbles into the road before a woman and her son hit her with their car, finally, Five lands on November 25, 1963, in the middle of a Russian/Soviet invasion onto American land before Hazel helps him escape to November 15, 1963 to help prevent the nuclear holocaust that was just shown.

Once they escape, Three older looking people in white coats start attacking them, a group that the fan base has nicknamed “The Swedes.” After this battle Five meets Elliot, played by Kevin Rankin, an ex-tv salesman turned conspiracy theorist after seeing Klaus land during a sale. He has been tracking the atmospheric anomalies caused by the Hargreeves’ arrival into the 60s along with collecting newspaper clippings and photographs, one of which is of Diego getting arrested.

The episode is really a lot of setting up where the siblings are, so I’ll summarize what they are up to. Diego is in some sort of psychiatric help facility, where they dissect his hero complex to try and help him, along with meeting a woman named Lila Pitts, played by Ritu Arya. Vanya is on a farm after suffering from amnesia where she helps Sissy Cooper, played by Marin Ireland, with chores around the farm along with being a nanny to her nonverbal 8-year-old son Harlan, played by Justin Paul Kelly, who we can assume has Autism due to some of his behaviors later in the season.

Next we go to Klaus and Ben, who’s car overheats before they have, what I think is, a play fight after an argument, after walking in the heat for quite a while they come across a saloon/bar where Klaus plays a game of poker before stealing a car. Fourth we see that Allison has started a domestic life with a man named Raymond Chestnut, played by Yusuf Gatewood, who is one heck of an activist for desegregation. Finally, we see what the monkey man himself is up to, Luther is apparently fighting for historical nightclub owner Jack Ruby.

Toward the end of the episode, we see Diego in a straitjacket in a padded room, squirming around in an attempt to escape to the tune of Daniela Andrade’s cover of Gnarls Barkley’s “Crazy,” a song many will probably recognize as an old TikTok audio. Diego finally makes his escape and even helps Lila escape as well. In one of the final scenes of the episode we see Luther and Five reunite and catch up at a nightclub.

Alright! So after that 47-minute episode we finally go to episode two, we start with a sequence with the Handler but this section has gone on long enough so I’ll be skipping to some of the major plot points. Five gets and watches the “Frankel Footage,” some footage from the assassination of president John F. Kennedy that in the series shows a monocled second shooter. Dallas police go to Raymond and Allison’s house, arresting Raymond for assault and battery after a man threatened the organization and Allison closed the door on his foot. Luther finds Vanya on the farm and goes to talk to her to no avail due to Vanya’s amnesia.  Five and Diego go to a younger Reginald Hargreeves’ office to confront him about the footage. Five reunites with a younger Pogo, who unfortunately does not have complex thought yet so he bites or scratches Five in defense. Finally, Diego fights Reginald before the episode ends.

So right off the bat I have something to comment on which is Luther’s arrival. Like mentioned in the summary when he arrives and calls for Allison, a homeless, and possibly drunk man joins him which is obviously supposed to be played for laughs. A cinematography/videography detail I love is that when the Hargreeves are arriving out of the portals there is a slight blueish tint on the sides of the screen! I just generally love the blue motif that is used for their powers in the series and is possibly some unknown color theory there, or the crew just thought it was a cool thing to use to visualize their powers. My last thought on episode one is just how adorable Raymond and Allison are! Like, power couple of the year anyone? In episode two, and heck even in episode one, I love how cynical and kind of, I don’t know, out there? Five is when dealing with Diego and Lila. When Diego and Five are discussing how their father may have killed JFK Diego definitely says a lot of crazy things which definitely makes me think his stint in the mental facility may have made him go a little cuckoo.