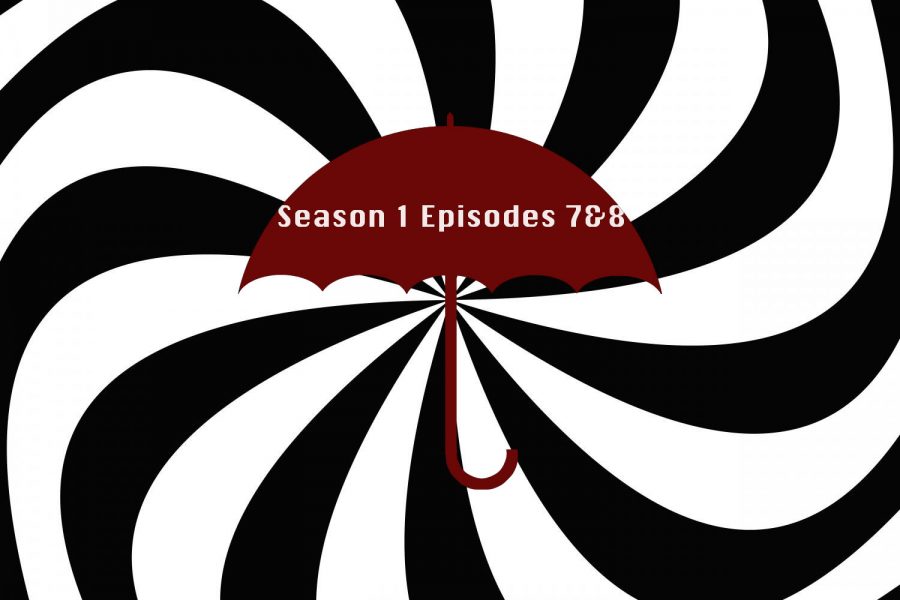 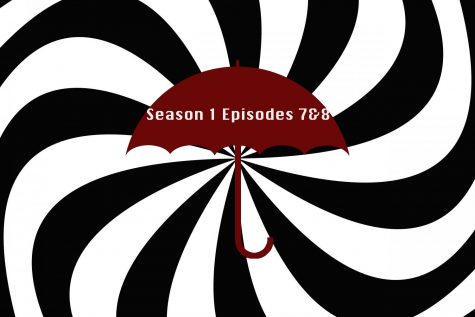 In this beginning montage, we see Leonard Peabody, whose real name is Harold Jenkins, grow up being born on the same day as the Hargreeves siblings, becoming what I can only call a “mega fan,” possibly to cope with an abusive father, before being shunned and belittled by Sir Reginald Hargreeves, causing him to despise the academy. After enduring the abuse for so long Leonard/Harold does something, that again is HEAVY spoilers, so I won’t mention it here. We then pick up from the last episode with Five talking to his siblings and trying to convince them to stop the apocalypse.

Luther finds out that Reginald never actually read his reports from his time on the moon, causing him to turn to alcohol for comfort and rant to Klaus, not the best person to turn to for consolation. Later we see Diego, Allison and Five go to Leonard/Harold’s house and learn his true motives. We cut to a scene of Klaus and the deceased Hargreeves sibling, Ben, following Luther to a rave, where he is totally living his best monkey-man life while assumedly on some sort of substance.

Leonard tries to train Vanya in her powers by having her telekinetically move a boat, or at least try to as that doesn’t work in the end. Calming down a small bit we go back to Klaus and Luther at the club, where Klaus is knocked out and dreams of/meets God in the form of a little girl before meeting his father in a black and white barbershop. We see Vanya get approached and harassed by three drunk men, who then beat up Leonard, causing Vanya to snap and her powers to activate sending all three men flying.

In episode eight we open with Allison driving in the rain, assumedly to Leonard’s cabin in the woods where he and Vanya were staying, so that she could confront Vanya about her bad boyfriend. During this drive we get a flashback to Allison telling her daughter Claire a bedtime story to the background tune of Lena Horne’s “Stormy Weather.” In this scene, Claire, like any kid her age, does not wish to fall asleep, so Allison uses her powers to “rumor” her asleep, her ex-husband then comes in as she does that and looks upset, leading me to believe that her liberal use of her power was one reason for their divorce.

We then go back to the present where Allison gets flooded with memories of manipulating people with her power in, again, what I can assume is best described as guilt. She then arrives at the cabin and looks into the cabin window. We get to a scene with Vanya waiting in the hospital for her “boyfriend” Leonard/Harold to be discharged due to his eye injury, in this scene we start to get a small hint that he may be manipulating her as he lies saying that he was discharged when a short while later we learn that he wasn’t formally released from the hospital.

Vanya and Leonard/Harold soon learn that two of the three drunk men were murdered by Vanya and her uncontrollable powers, the final one still being in the hospital in critical condition. Vanya was visibly scared and upset that she unknowingly did that. Then, we learn that Reginald reprogrammed Grace to not administer first aid during his heart attack, all so that the siblings could go on a murder mystery and possibly reignite the spark to become a team again and stop the end of the world.

Back at the cabin, Leonard/Harold tries to get Vanya to practice her powers though she refuses to because of their destructive nature. As Leonard/Harold reads Reginald Hargreeves’ journal that documents Vanya’s early power training, we get flashbacks showing just how uncontrollable and destructive they are. He then uses these documentations to try and train Vanya, which if you put the pieces together is for the sole purpose of bringing a spoiler event that happens at the end of the season.

Towards the end of this episode we see a final flashback of Vanya being locked away and isolated in a soundproof chamber deep underneath the academy, revealing just how horrible of a father Reginald was. As the flashback ends, we see Vanya fall into what could have been a panic attack. To calm herself down she plays the violin when Allison suddenly enters, Vanya gets the news that Leonard is actually Harold, then Allison tells her why she thought she was always just ordinary which was because Allison rumored Vanya into believing that. After this news is revealed, Vanya does something that is heavy spoilers so just watch for yourself to see.

Ok, time for a REALLY hot take, I actually feel bad for Harold/Leonard, while he was definitely a deranged child and a deranged man, that’s all because Reginald is a really bad man. Many kids like Harold use things like The Umbrella Academy to cope with their situations, and yes, he did invade the academy’s personal space, but can you really blame him? I mean his dad doesn’t really seem like the type to teach his kids the fundamental stuff like that.

So, while writing this and rewatching episode seven I realized something that confirms Harold as an abuser, HE ISOLATES HER FROM HER SIBLINGS! On a lighter note, I find the rave sequence with Luther absolutely hilarious, like here’s this hulking ape of a man partying like it’s the end of the world, which it technically sort of is. I honestly think Allison’s montage at the beginning of episode eight was needed to show that the siblings are only human, yes it’s bad but it goes to show how any somewhat normal person may use an ability like that in regular adult life.

I really like the hospital scene, it starts to peel away at Harold’s nice facade and shows that he is a chronic liar and just how nice and caring Vanya is. The montage of Reginald training Vanya is pretty cool to me, seeing how her powers were in her early years along with seeing why exactly he put her on the medication, and the parallels between him and Harold in training her. As kind as Vanya is, I feel like she is scared of how destructive her powers are.

I also love that this training sequence with Harold is often used to headcanon, which means to interpret a character and/or their actions a certain way, her as autistic/neurodivergent. Harold uses stimuli and feeling emotions stronger than normal people to explain her powers to her, both of which are common in those who are neurodivergent. Throughout this episode, we see just how bad of a person Reginald was, especially in regards to Vanya and her powers, which I believe he was scared of due to their uncontrollable/unpredictable nature. After Allison tells her tale, her and Vanya get into an argument, where Vanya commits an act that I will not spoil, and I feel like she was actually justified in, as she has been lied to her entire life by everyone she was around.