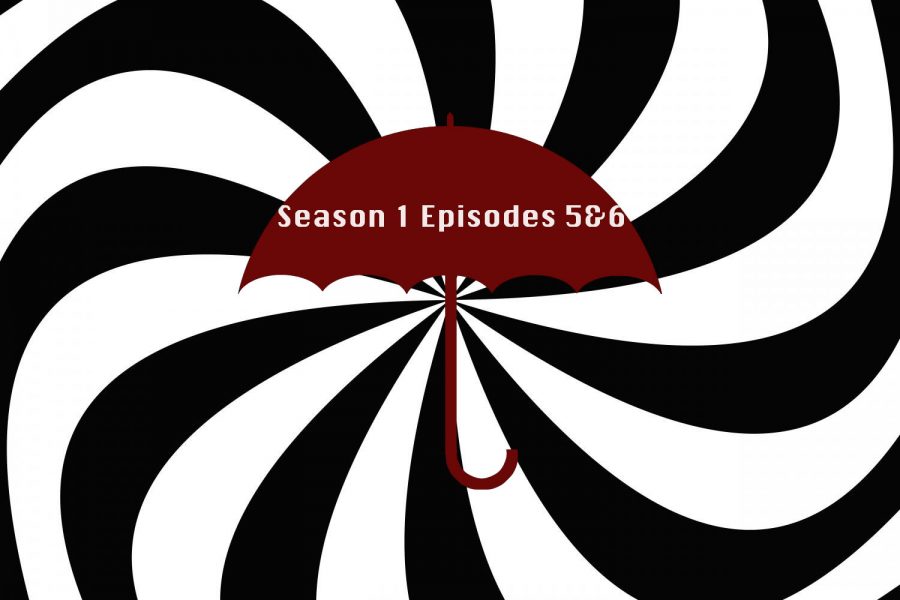 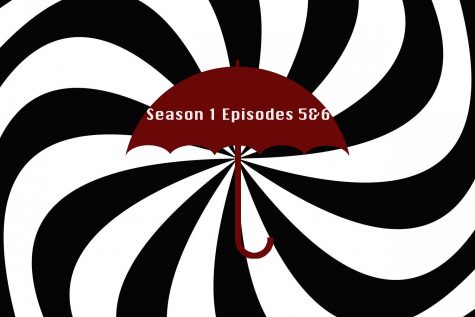 Starting off episode five we see Five walking through an apocalyptic wasteland accompanied by the upbeat tone of “In The Heat Of The Moment” by Noel Gallagher’s High Flying Birds. I find it funny how some of Five’s most intense moments are accompanied by the more upbeat sounding songs in this season’s soundtrack. Eventually, Five meets a strange woman who only goes by the title of “the handler,” played by Kate Walsh, who has come to recruit him for an agency called the Commission, an organization that helps regulate time continuum via “manipulations and removals.” or in more basic terms, they travel through time killing people to maintain the approved timeline.

Five is turned into an exemplary hitman before reuniting with his siblings. Among the things he was tasked with, was to assassinate John F. Kennedy, something he refuses to do and instead warps his way back to Reginald Hargreeves’ funeral. Klaus steals a time-traveling briefcase from Hazel and travels to the Vietnam War upon opening it. During this time he starts to serve in a regiment and falls in love with a fellow soldier named Dave, the first taste of a lot of accurate representation we get in these two seasons.

Allison attempts to approach Vanya about her suspicions on Leonard only to be met with Vanya’s temper flaring, a possible consequence of her not taking her power and emotion suppressing medication. As Vanya tells Leonard of her getting first chair in the orchestra we see them make the relationship official as they dance to Gerard Way & Ray Toro’s cover of The Turtles “Happy Together.” During this montage we see quite a few things that barge into spoiler territory, so I won’t address them here, but needless to say Vanya isn’t as harmless as she seems.

We open episode six with Klaus landing in the middle of a battle in the Vietnam War, where we see him meet the aforementioned Dave, played by Cody Ray Thompson before it cuts to the two dancing to The Doors “Soul Kitchen” before we come to the present and a Hargreeves family meeting about the end of the world. As Leonard and Vanya walk back from the family meeting and she rants, still off her medication, Vanya bends street lamps and causes a downpour in her anger, another sign that she may cause something huge during the season. Throughout this episode we see Luther grasping at straws as he tries to regain his leadership position in finding the cause for the end of the world. We also see Luther and Allison relive something from their childhood, a dance scene to Toploader’s “Dancing in the Moonlight.” Which then leads to a kiss that caused a rightful outrage among fans, I mean, they are adoptive siblings, after all.

Okay, I honestly loved seeing an older Five talk to his mannequin wife, Delores, in the apocalypse over mundane things, though that does prove how insane he became. I also enjoy the solemness of Five as he talks to Luther about finding the siblings dead, I definitely think that their deaths broke him. I also think that age, and seeing the apocalypse have given Five a more cynical view on the world, one where he no longer sees the “good” and “bad” that Luther and the others do, instead just seeing people.

As someone with three older sisters, I definitely relate to Allison grilling Vanya about Leonard, and her distrust for him. Though I know little to nothing about PTSD, with the track record that the show has with other forms of representation I can only assume that they paint Klaus’s experience with it as well as they can. I like how we see Vanya’s powers take effect as she auditions for first chair.

During the end montage of Episode 5, I really love the camera techniques used that make it seem like you are flying through the forest to the academy mansion. I love how they portray Klaus’s experience in the Vietnam War, especially his relationship with fellow soldier Dave, some adaptations would completely ignore his pansexual identity from the comics but the show includes it in full which is SUPER important. Alright, time to comment on something super controversial in the fandom, Allison and Luther’s relationship. It is heavily romantic and gross to me, since they grew up as SIBLINGS, so it is essentially incest. We get to see Klaus relive Dave’s death, which is truly tragic, especially as we hear Klaus scream out for a medic.