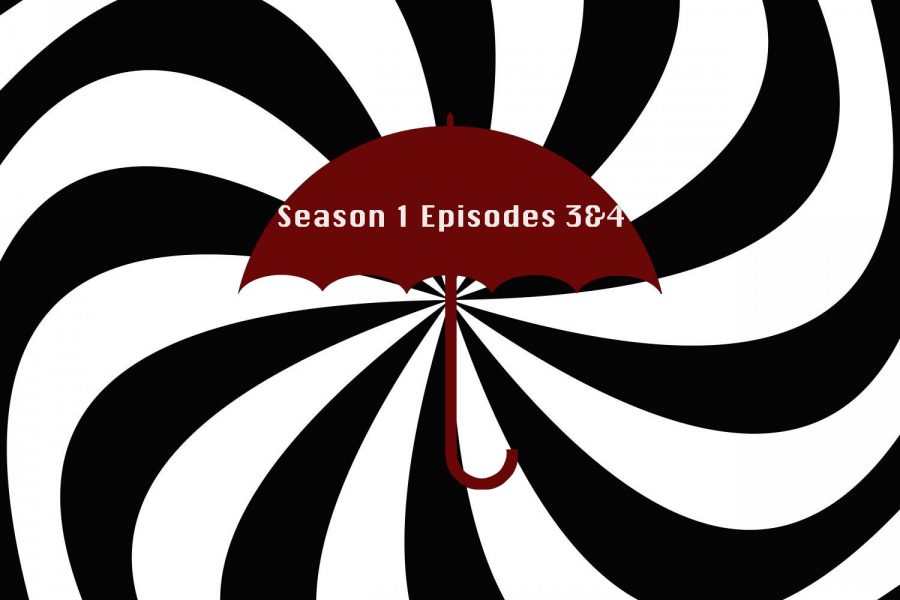 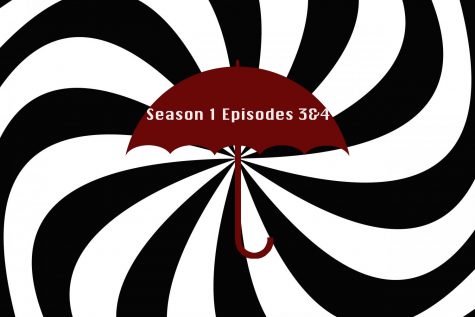 The third episode of season one explores how growing up with superpowers and constant training has turned the Hargreeves children into damaged adults. In this episode, Vanya gets comfortable with an adult music student under her tutelage named Leonard Peabody, played by John Magaro. Soon after, we see one of the major conflicts of the episode start to flourish, whether or not to deactivate their senile android mother who was a witness in their adoptive father’s death.

Toward the end of this episode, Hazel and Cha Cha burst into the Hargreeves mansion and get trigger happy, in an attempt to kill Five, but they end up taking Klaus hostage instead. This hostage situation continues into episode four, which we start off with learning how Luther got his primate torso, a result of what we can assume is a mission gone awry. We see Vanya and Leonard’s relationship grow more before cutting to a scene where Hazel and Cha Cha are torturing Klaus, which he seemingly enjoys. I would not recommend watching this scene around parents or kids under the age of 13. As the torturing continues, Klaus begins to sober up, causing his power to commune with the dead to finally breakthrough.

In the beginning of this episode, we see Vanya writing and publishing her autobiography of growing up as the only non-powered sibling and just how bad her life was with them, along with her book tour. Another scene that I found myself laughing at is when Five is patching himself up from his fight with Hazel and Cha Cha in the clothing store in the previous episode. I laughed because you see this very serious man, trapped in a child’s body, stitching himself back up, only to use a kid’s bandage to seal it.

In a flashback, we see Grace helping the kids leave for a mission, which I find extremely adorable, especially with her helping Diego with his stutter. I love the use of camera panning up Luther’s body in episode four, then seeing him walk into the empty areas of the academy building as he is the only sibling left there> I also really liked him on the tricycle riding around the living room.

By this point, people may start to realize that the show’s title always is reflected creatively in each episode, with an umbrella to start the intro. Something I love in this episode is that one of the few good things Leonard does is telling Vanya, “You don’t have to apologize just for existing.” Something I have also needed help with.

Not a lot happens in this episode that I find noteworthy except for when Hazel and Cha Cha go on a psychedelic trip to some Spanish music. Another reason I feel really bad for Klaus, is the fact that he hates the gory ghosts that he sees on a regular basis and that is the primary reason he stays on drugs and alcohol, at least from my understanding.