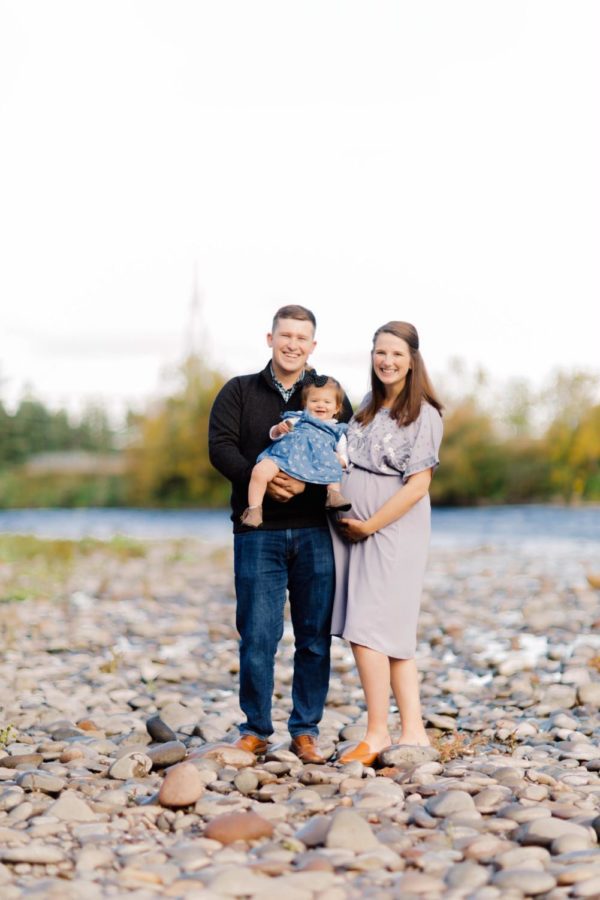 Ryan Denham pictured with his family. He joins the 2019-2020 staff to teach US History.

Ryan Denham joins to teach US History this year.

1.What did you do before Prosper and/or teaching

“I went to school. I then volunteered at a youth camp and also before I worked my way through college I was in the Army National Guard. It’s pretty cool, there’s a lot of opportunities to do things that you wouldn’t get to do in a normal civilian work, but it also has a lifestyle and demand that isn’t necessarily for everyone. If you can fit into it, it provides a lot of people a purpose. Whereas for some other people it isn’t exactly where they want to see their life go. The National Guard is a part of the army. You get trained the same as the army but you get to choose where your unit is and where you want to live. In active army, you are kind of stationed wherever your orders end up. It’s more kind of a part-time thing. You have a few active training sessions during the year, mostly during the summer or wintertime, and then the rest of the time you go like three or four days a month. You can still be deployed and everything. My dad was in the military for over twenty years, it was also kind of a part of understanding him a little bit.”

2. What’s the craziest thing that has happened while teaching and in your past career?

“In my last school, we had to go into lockdown because there were cows on campus. There was one year that I was chosen to plan prom. The prom was completely student fund-raised. That made it pretty crazy with all of the different ways we had to think of to make money.”

“Probably just the relationships and seeing if there is a way I can make someone’s life better, even if it’s just a day, or like encouraging someone. That gives me the chance to show people that there’s someone who cares and that you can make a difference as long as you have someone putting into you. That kinda goes both ways. You get something out of what students and other teachers around you bring to the table, but you also feel like your purpose is being filled a little bit in helping someone else achieve their goals.”

4. Goal for yourself and your students?

“Probably just  for people to have confidence to pursue their best, whatever it could be, instead of kinda giving up or checking out early.”