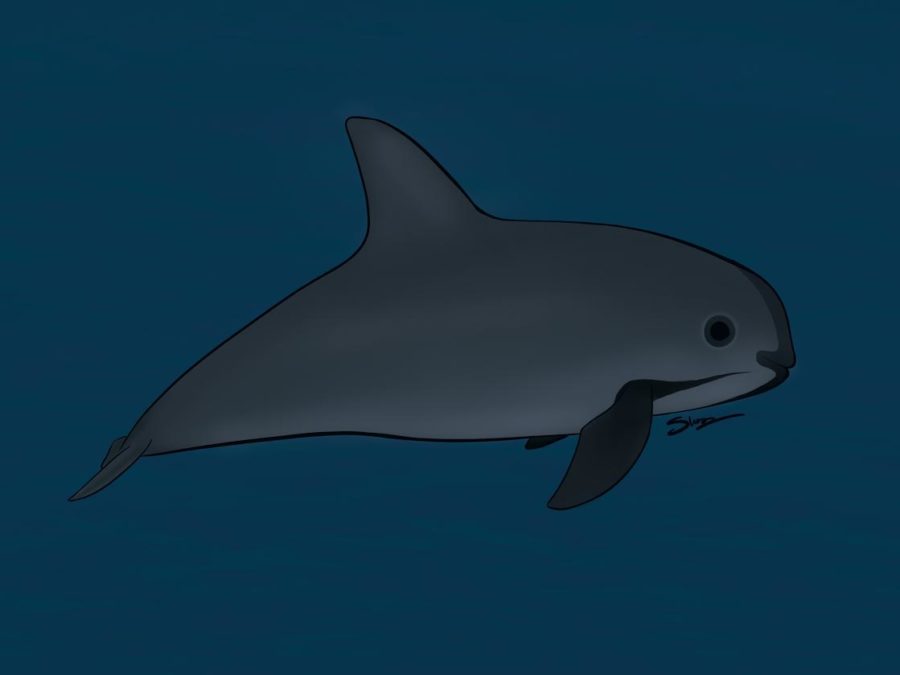 With fewer than 20 remaining in the wild, the vaquita porpoise is now the most endangered marine mammal on Earth. The vaquita became a critically endangered species as of 1995. All attempts at capturing them and breeding them in captivity failed, further endangering the rare porpoise. For more information, read the attached column, written by Nicole Miguez.

The world’s smallest cetacean, the vaquita porpoise, is now the most endangered sea mammal in the world. With fewer than 20 of these tiny porpoises remaining in the wild, chances for their survival look grim. Although the outlook isn’t high, it is still possible to prevent the extinction of the vaquita porpoise.

The name vaquita comes from the Spanish word for ‘little cow,’ referring not only to their size, but to the dark circles surrounding their eyes. The vaquita grows to a maximum of about 5 feet in length. They also have a larger than average dorsal fin, which is used to help dissipate body heat as an adaption to the warm waters where they live.

While most porpoises live in cooler water, the vaquita lives in the warm waters of The Sea of Cortez in the Gulf of California. They stay in waters up to 50 meters deep and are rarely sighted in deeper water.

The population of the vaquita porpoise is at a sharp decline due to illegal gill-net fishing. The goal of these gill-nets is to catch another heavily endangered sea animal, the totoaba. A vaquita will mistakenly entangle itself in the nets, and being unable to swim to the surface, it drowns. More than 300,000 cetaceans get caught in fishing nets every year, with a minute amount of them escaping, often sustaining major injuries.

The Mexican government has placed a permanent ban on gill-net fishing in the Sea of Cortez. Despite this, poachers are still hunting the waters, raising the speed of the decline of the vaquita population. To help slow, and hopefully reverse, the extinction of the vaquita porpoise and help raise the awareness of their critical situation, avoid purchasing totoaba and donate to conservation efforts.

The world’s wildlife population is decreasing rapidly. Help conserve the environment to slow, or hopefully reverse, the eventual extinction of the thousands of endangered species across the planet.