Album Review – Columnist says it’s worth buying: ‘A Brief Inquiry Into Online Relationships’ by The 1975 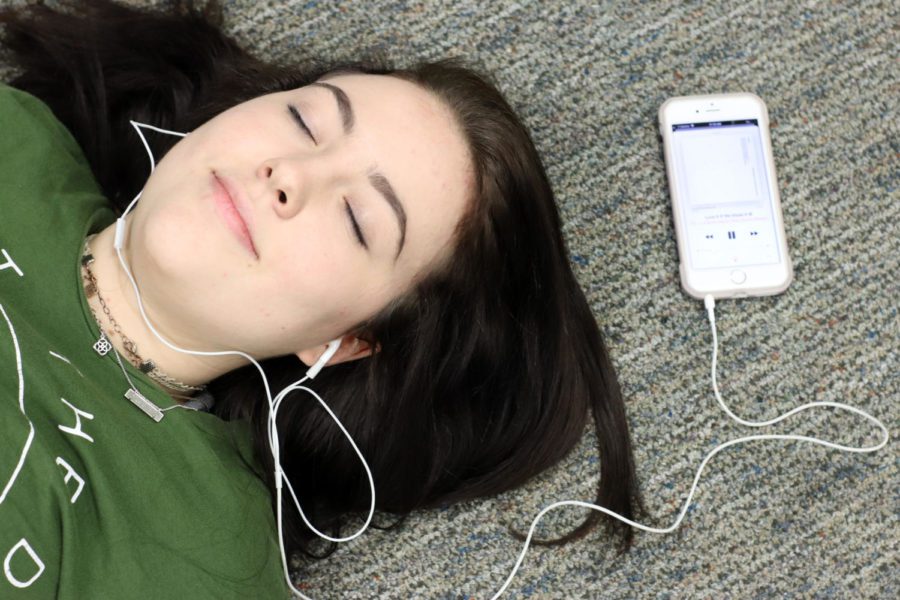 Sophomore columnist Katie Johnson listens to the latest album from the band The 1975, which released today, Nov. 30. According to Johnson, "A Brief Inquiry into Online Relationships" is worth purchasing, but she does let readers know some of the lyrics do carry explicit themes. "The album is worth buying as no other one is like it," Johnson said. "The euphoric, synthesized piano beats mixed with the complex metaphors of the lyrics take the listener to another world."

After two years, the group  The 1975 is back with another heavily awaited album. “A Brief Inquiry Into Online Relationships” dives into the societal need to project oneself online as well as lead singer Matty Healy’s struggle with heroin addiction. The project released for sale to the public today, Nov. 30. The album is worth buying as no other one is like it. The euphoric, synthesized piano beats mixed with the complex metaphors of the lyrics take the listener to another world.


Group rises to spotlight position, struggles behind scenes
Following the massive success of their first album, “The 1975,” which came out in 2013, the group went on to release their sophomore album, “I like it when you sleep for you are so beautiful yet so unaware of it,” in 2016, which was critically acclaimed for Healy’s thought-provoking lyrics.

“A Brief Inquiry Into Online Relationships” conveys Healy’s talent for songwriting. Healy doesn’t hold back on any songs, diving deep into his struggles with his addiction. However, he doesn’t romanticize, euphemize, or poeticize it. The 15-track album is an eclectic ode to the pressures of modern society and an open letter to Healy’s addiction.

Healy spent seven weeks at a rehab facility in Barbados throughout November and December of last year after struggling with his addiction for five years.
New Album, new beginnings
The album starts off with “The 1975,” a synthesized melodic harmony the group uses as a staple on every album to set the mood. The lyrics remain the same throughout each album, however, the instrumentals change with each era.

Immediately following that release came the first single released, an explicit song called “Give Yourself a Try,” which carries a powerful up-tempo beat. The song itself feels like a protest to current events. The song references hot-topic issues as it covers the pains of growing up.

Next up is, “TOOTIMETOOTIMETOOTIME,” another upbeat song about breakups in the current age of social media and the internet.

“How To Draw/Petrichor” slows the album down a bit, with lulling harmonies and a soft piano beat. The lyrics talk about not letting the internet control your life and staying true to yourself.

“Love It If We Made It,” another explicit song, picks the tempo back up, and feels like another rebellion to the current age.  Healy repeatedly sings “Modernity has failed us,” which is thought-provoking.

“Be My Mistake” follows, contrasting the happy-sounding beat of the previous song. The lyrics dive into Healy’s addiction, and how lonely he felt as well as the feeling of guilt that can come with addiction.

“Sincerity is Scary” keeps the slow beat, but the trumpets and choir vocals contradict the sadness before it. Healy briefly mentions his addiction in this song and how he’s human like everyone else. He also mentions how people blame their problems on culture and lack sincerity.

“I Like America And It Likes Me” touches on the gun-control issues in the United States and mentions how kids don’t want rifles. Healy repeatedly sings “Would you please listen,” and “We’re scared of dying,” perhaps as a testament to how many young people in America feel about guns.

“The Man Who Married A Robot / Love Theme,” another explicit track, is a song narrated by Apple’s Siri voice assistant. The piano backing helps set the mood and touches on how the internet can control one’s life.

The piano ballad “Inside Your Mind” is a testament to being in love and wanting to know everything there is to know about your partner.

“It’s Not Living (If It’s Not With You)” picks the pace up and goes fully into detail about Healy’s heroin addiction. In the song, he talks about how heroin was always on his mind, and how he didn’t want to live without it.

“Surrounded By Heads And Bodies,” another soft guitar song, is dedicated to a woman named Angela, who he met during his time in rehab.

“Mine” slows down the temp even more. It discusses being in love with someone, but not feeling the purpose of marriage. It also talks about using social media as a platform to discuss political and social issues.

“I Couldn’t Be More In Love” was written the day before Healy went to rehab. It is about the fear of losing his fans and losing himself. In an interview with “Pitchfork” he discussed the guitar solo was his as well:

“That’s my solo, as well. Again, I don’t want to celebrate the part when I was using, but there were some moments we captured where I was on the brink, and there’s a real intensity to it. That was one take.”

The album ends with “I Always Want To Die Sometimes,” a melodramatic guitar ballad about struggling with staying alive.
World Tour, new heights for the band
“A Brief Inquiry Into Online Relationships” charted this morning at No. 1, and the album’s complex lyrics and mature topics already have critics talking about how brilliant Healy is.

“A Brief Inquiry Into Online Relationships” is definitely worth buying, and even worth seeing live. The album is an idiosyncratic rollercoaster of complex lyrics and emotion from start to finish. The 1975 group starts their world tour Jan. 9, and will perform at The Pavillion at Toyota Music Factory in Irving on May 2.