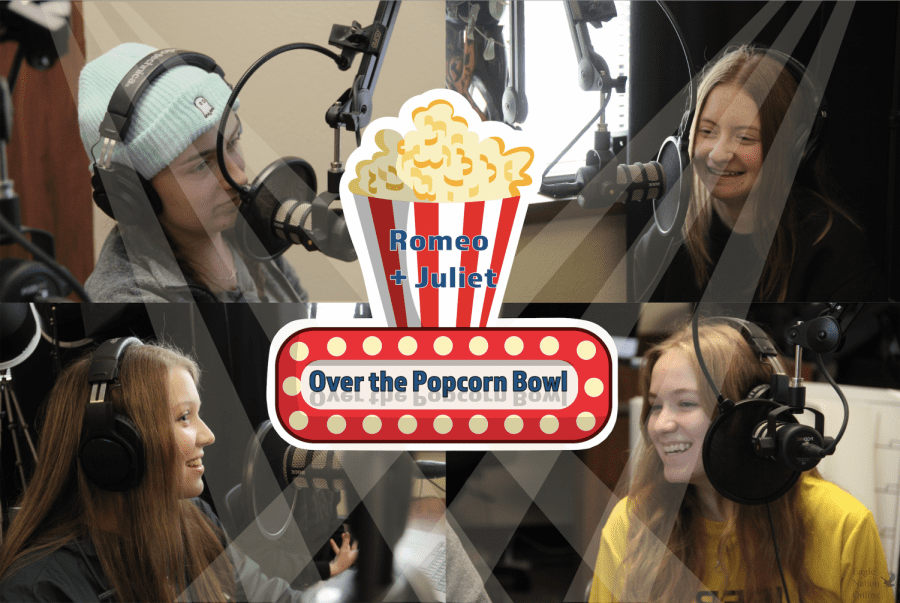 In an graphic created by Executive Design Editor and senior Soomin Chung, seniors Christi Norris, Amanda Hare, Gabriella Winans and Alyssa Clark talk into their mics. "Over The Popcorn Bowl" covers and reviews movies every month. The four seniors are all a part of the Eagle Nation Online Editorial Board.

Author’s Note: At the time of recording, the authors of this podcast were under the impression that the anniversary was Nov. 1, but the movie was actually released Oct. 27, 1997.

In this second episode of “Over The Popcorn Bowl,” seniors Christi Norris, Gabby Winans, Amanda Hare and Alyssa Clark talk about the 1996 Shakespeare movie adaptation of “Romeo + Juliet” on its 25th year anniversary. “Romeo + Juliet” is a story about two star-crossed lovers from rival houses. Romeo – Leonardo DiCaprio – is a part of the Montague family, and Juliet – Claire Danes – is from the Capulets. The story, by William Shakespeare, originally takes place in Verona, Italy, and originally was performed as a play in the mid-1500s. This adaptation of ‘Romeo and Juliet’ takes place in Verona Beach, set in a year unknown, and the two families take form as rival businesses. The movie features romance, action, and tragedy. 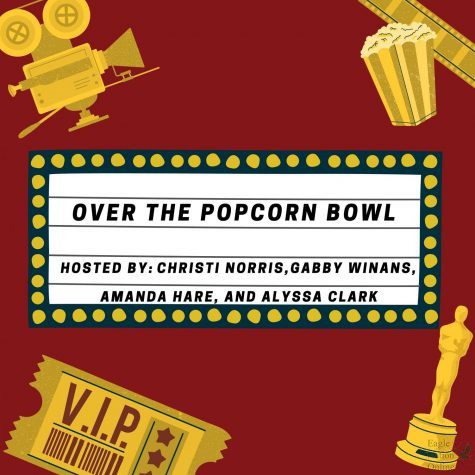