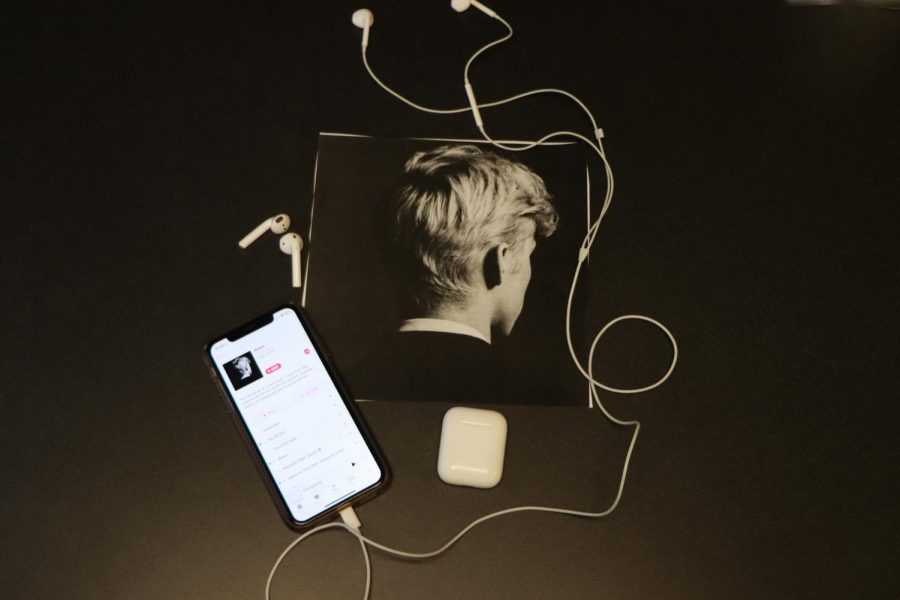 Through pop lyrics and techno beats, Troye Sivan releases his fifth EP “In a Dream” following his second album “Bloom.” The six-song lineup was created mostly before quarantine, but he released the EP Aug. 21. “The songs cover heartbreak to missing home, and this album, while short, follows a storyline Sivan uses often,” review writer and junior Alyssa Clark said. “But it's a dream to listen to.”

Troye Sivan takes the listener on a journey from catchy, pop lyrics to techno, electronic beats throughout his fifth EP “In a Dream” Aug. 21, with production from Oscar Gorres and Teo Halm, following his second studio album “Bloom.” The six-song lineup actually had five of the six songs previously recorded before the pandemic. Sivan first alerted fans of an upcoming EP on July 15 on Instagram. After, he led a countdown to the release date where on Aug. 21, he posted his thanks to fans for supporting the EP release.

“You guys are my rocks, fr,” Sivan said on Instagram. “A constant in my life. Love you and I mean that.”

The songs cover heartbreak to missing home, and this album, while short, follows a storyline Sivan uses often, but it’s a dream to listen to.

This song, featuring it’s extremely catchy, pop-rock chorus that will be stuck in your head for days, is all about Sivan missing his home. Sivan talks about wanting to return to Melbourne, Australia, where he’s from, and he doesn’t want to be in Los Angeles anymore. He refers to LA in the lyric “I’m tired of the city, scream if you’re with me.” The ending, an electronic melody that feels quite opposite of the beginning of the song, was definitely a surprise, but worked really well.

“Easy” features a dreamy pop chorus that is truly beautiful. The bass guitar that is lightly heard throughout the song really highlights that pop-rock sound that Sivan is known for. The heavy drums, the “Woo!” in the chorus, and deep voice-modified Sivan in the background really contrast the light and, truthfully, sad lyrics on top of all of it. It’s a perfect yin-yang relationship and I really enjoyed this song.

“could cry just thinkin about you”

The shortest song on the EP, only 52 seconds long, leaves the listener wanting more. Beginning with a soft, acoustic guitar, turns into a beautiful song with violins, background vocals, and drums. It’s a very beautiful song, definitely one of my favorites off this album, and I only wish it were longer.

A song about his perfect guy, “STUD” is all about a guy Troye is seeing and is attracted to. In the song, he says “you got all the muscles and features I want,” and wants the guy to view Sivan as attractive, too, even if he doesn’t look that way. The beginning, with Sivan’s vocals and piano really draws the listener in, but as the song progresses, it turns into a completely different vibe. Featuring heavy electronic beats and a slight voice modifier later into the song, this wasn’t one of my favorites, but I do love the lyrics and believe it’s amazingly well-written.

A song dedicated to his younger self, Sivan tells of rebellious acts that come with being young. The music in this song allows the listener to feel the contrast between the hard lyrics like “I just want to sing loud, I just want to lose myself in a crowd” and the soft, dreamy organ piano in the background. This song is definitely special, and I love the entire meaning and feel of the music.

My personal favorite off the EP, “IN A DREAM” carries the listener through a 80s-style pop song with electronic sounds and a cute acoustic moment about wanting to see their significant other, even if they shouldn’t. The chorus is filled with melodies and the layered vocals in the background truly give depth to the chorus. This is one of those songs that make you want to blast the speakers, roll your car windows down — and just dance.