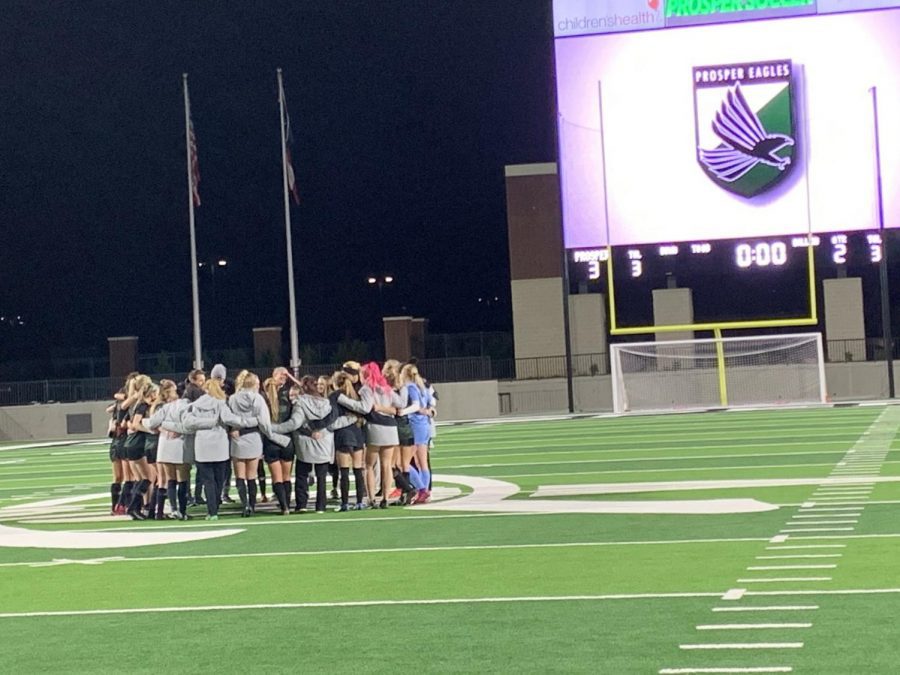 The girls soccer team celebrate their win on Feb. 7. The team went against the Allen Eagles and won 3-2. Allen was ranked #2 in the state.

The girls soccer team beat Allen 3-2 on their Feb. 7 game.

Final: Prosper 3 Allen 2. Eagles win! What. a. game. The girls responded to adversity over and over and over. #1 vs #2 definitely lived up to the hype. Great job ladies! Tonight’s match ball winner was Jordyn Herrera! #parabellum @PISD_Athletics @ProsperHS pic.twitter.com/rL9EcIB4ix

The PHS Winter guard compete at their competition and placed 12th overall in the finals.

Congratulations to the PHS Winter Guard for their finals performance. They placed 4th in movement and 12th place overall in finals! 40 total groups performed throughout the day and 20 advanced to finals. We are so proud! pic.twitter.com/QzdfOWVDQ9

Wrestling placed second at their district competition, and many members will advance to the regional competition.

Prosper tennis had many people place in their first spring tournament.