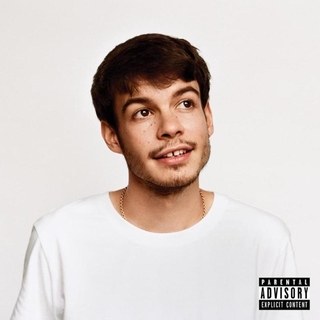 Sophomore Christi Norris reviews Rex Orange County's new album. "Through the mellow tune and lyrics, the listener gets a glimpse of hope in feeling that it’s okay to not be invincible and to feel pain" Norris wrote after reviewing track No. 2, "Always."

British singer-songwriter Rex Orange County, whose real name is Alexander O’Connor, dropped his third album on Oct. 25. The album, titled “Pony,” highlights Rex’s unique style with a twist of Pop, R&B, Indie and even a hint of Jazz music. The entire package transports the listener into a world of their own. Which is a place they want to be.

He released his debut album, “bcos u will never b free,” in 2016,  introducing his fans to his unique style of songwriting. Only six months later, Rex released his second album “Apricot Princess,” which reached No. 60 on the “Billboard Top 200 Album Chart.” Later that year, Rex came in second in the “BBC Sound of 2018” competition. This new album gives fans a window into Rex’s emotions as he opens up about bad relationships, breakups, toxic friends and moving on. Anyone who listens to “Pony” can see that it truly is a masterpiece.

Track 1: Upbeat
Track No. 1, “10/10.” From the beginning of the song, the tempo is fast-paced and upbeat. Noticeable to the listener, the lyrics start out contradicting the tune. Rex begins by singing about a journey he’s been, “I had a year that nearly sent me off the edge.” By the end of the song, it becomes clear that his life has changed as he explains, “Now, I’m safe and sound where I belong.”
Track 2: Relatable
Track No. 2, “Always,” proclaims relatable written lyrics. “There will always be a part of me that’s holding on and still believes that everything is fine and that I’m living a normal life.” Through the mellow tune and lyrics, the listener gets a glimpse of hope in knowing that it’s okay to feel pain.
Track 3: Jazzy
Track No. 3, “Laser Lights.” This work highlights Rex’s iconic jazzy style by starting out with simple piano chords and moves into sounds of trombone, saxophone, and flute. This song is a classic example of Rex’s style with a blending of sounds in the tune and lyrics. Rex discusses the emotions one goes through after a relationship ends.
Track 4: Nostalgic
Track No. 4 is “Face to Face.” This song starts out as an acapella tune and transitions into a fast-paced, yet simple, song. Rex draws from the nostalgia of old relationships, creating a story of a life that once was.
Track 5: Powerful
Track No. 5, “Stressed Out.” The lyrics are powerful in this tune about toxic friendships. Rex gloats about how unfair it feels when other people use you but aren’t there when you need support. “When you’re at your worst / They’re not there.”
Track 6: Cheerful
Track No. 6, “Never Had the Balls.” Through the combination of a fast beat and diverse instruments, this song helps transition the album from a depressive view to a more optimistic outlook on things. Rex discusses regrets he has about never telling people about his feelings and how he is now looking forward to better things. This upbeat, cheerful song reminds the listener that life goes on despite regrets and hard times.
Track 7: Mellow
Track No. 7, “Pluto Projector.” A mellow combination of instrumentals and lyrics creates an atmosphere of peace that Rex has found in “Pluto Projector.” Rex looks forward to the future reflecting on what makes life good. He concludes the song with a grand orchestral finish.
Track 8: Forgiving
Track No. 8, “Every Way,” begins with Rex recounting the surprising way that life changes. This tune draws back to the journey that Rex shows in the album of overcoming pain, toxic friends, and bad relationships. Perfect for rainy days, this song is a “thank you” to those who have shown him love and forgiveness through difficult times.
Track 9: Poppy
Track No. 9 “It Gets Better.” Has a more pop feel including techno sounds and even some maracas as opposed to his “normal” style of jazzy tunes. Rex recounts his accomplishments when he says, “four years later, and look where we really are, look how far we’ve come.” This song’s fast pace and optimistic lyrics remind us that life gets better, that when we look back, our progress is greater than our struggles.
Track 10: Deep
Track No. 10.“It’s Not The Same Anymore.” Transmitted through the track, “It’s up to me, no one else I’m doing this for myself.” In this song, Rex talks about the struggles of trying to keep up appearances for his fans. He discusses how people often let each other down, and that he has accepted that things aren’t the same anymore. The tune uses instruments, such as Rex’s iconic saxophone, as well as a simple guitar. This works with the lyrics to create a song that not only conveys a message in words but in tune.

Rex’s raw lyrics and dynamic instrumentals make the masterpiece that is “Pony.” This album is perfect for a gloomy day as Rex’s lyrics remind us that there are better things ahead.  This album is worth every penny you spend on it and will keep surprising you every time you listen to it. Rex has the unique ability of being able to speak to his listeners through more than just the lyrics, but his music as well.